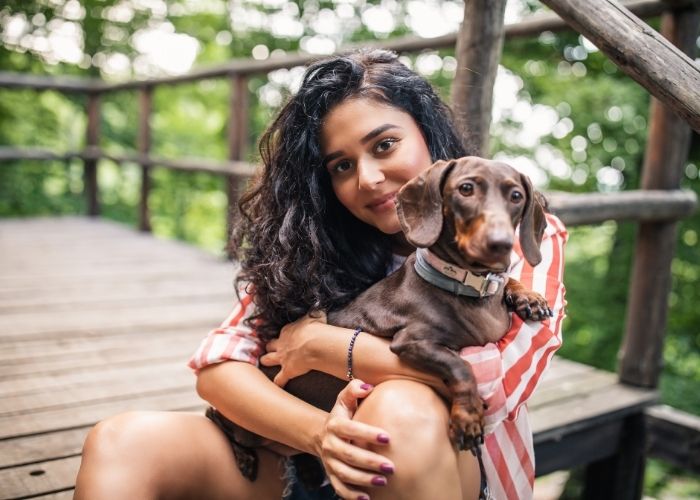 If you pick up any bag of dog food in the store there will be preservatives listed in the ingredients, they help extend the food’s shelf life and retain its color. Although there is an increase in pet food consciousness when it comes to the ingredients used, many companies continue to stray away from natural preservatives because synthetic ones are usually cheaper, more readily available, and can extend the shelf-life of the food for longer periods of time. But the use of natural dog food preservatives is becoming increasingly more common.

There are so many types of preservatives and ways to preserve food, even nuclear radiation or food irradiation is used in many foods (human and animal) to eliminate microorganisms. This common method doesn’t cause the food to become radioactive and is approved for use in all dog foods read here if you want more information. If you’re interested in learning more about human foods and irradiation, here is a list of foods that the FDA has approved for nuclear radiation.

With so many unnatural methods of food preservation you may be eager to jump at the chance to make your own dog treats using natural preservatives, so let’s dive in.

How do I know if I need to use preservatives in my dog treats?

What types of preservatives are available for home bakers?

There are two main categories of preservatives in dog foods, natural antioxidants, and synthetic preservatives. The chart below from Oklahoma State University details some of the main differences between the two

Simply dehydrating or drying out the treats in a dehydrator or freeze-dryer, is by far one of the most popular and common ways to keep treats from spoiling. Dehydrated and Freeze-dried treats can last for months on the shelf and years if frozen in an air-tight or vacuum-sealed container (read here to learn more about the proper way to store dog treats).

However, one of the major drawbacks that dog treat bakers aren’t too keen on when it comes to dehydrated or freeze-dried treats is the fact that they can’t be soft, so if you are seeking to make long-lasting soft chews, this is not the method for you. Read more about dehydrating foods here

Also, there have been cases of dogs getting sick if their diet contains a large amount of jerky on a daily basis. Four small dogs developed a history of Fanconi syndrome after eating jerky daily. (source) However, the dogs could have developed the syndrome due to other ingredients in the jerky (like glycerin). Jerky has also been associated with a salmonella outbreak, while this is quite uncommon it is something to keep in mind when preparing your dog treats.

FAQs about drying out dog treats

Glycerin or vegetable glycerin is included in many over-the-counter dog treats. It is a colorless and odorless liquid. Glycerin has a sweet taste that dogs like so they will most likely choose a treat that has glycerin over one without.

While it is used in many dog foods because you are able to keep treats soft, it is actually a nutrition void byproduct which is why many people are calling for the removal of glycerin from dog treats. (source) There also haven’t been many studies on the safety of dog and cat treats made with glycerin conducted. This document summarizes many of the research-based studies done on dogs and cats that eat glycerin in their food long and short-term.

The American Food and Drug Administration (FDA) has approved glycerol as a feed ingredient for dogs and cats (but cats cannot have propylene glycol). All in all, if you want to make or sell natural dog and cat treats it would be best to avoid vegetable glycerin, not only because many of the longer-term effects are still unknown but it is not providing any additional health benefit to the dog.

Vitamin E (mixed tocopherols) is often used in homemade dog treats as a natural preservative, however, it is actually not a preservative at all! It is an antioxidant and prevents oxidation of oils, ideally, it should not be used with products that contain water.

The oil is replacing many chemical preservatives in conventional over-the-counter dog foods, which means the food is usually good for 3- 6 months as it prevents oxidation by stopping the degradation of fat-soluble compounds, fats, and oils.

If you are making homemade treats using vitamin E as a ‘preservative’ don’t make a large batch unless you are prepared to store them properly long-term or have dogs that will eat the treats within the next couple of weeks. Foods prepared with vitamin E should be placed in a dim, cool place like the refrigerator as light and air can cause the oil to degrade quickly. To read more about the proper storage of dog treats, read here.

Ascorbic acid is the synthetic form of vitamin C and is often used to prevent mold and bacterial growth in homemade dog treats. Vitamin C in its natural form like vitamin E is an antioxidant and not a true preservative although it is often used as one. In fact, there really are no naturally occurring true ‘preservatives’.

Unlike humans dogs can produce up to 18 mg of vitamin C per day on their own, so ensuring you don’t use too much is critical to your pup’s health. Berries like blueberries are often included in treat recipes as ‘natural preservatives’ for your because they are a great source of vitamin C.

Vitamin C is best used in no-bake treats since it starts to denature at temperatures above 86 degrees F. The denaturing increases as temperatures rise and it is easily destroyed by excessive heat. This is why many pet bakers opt for the synthetic form of vitamin C, ascorbic acid, over the natural form.

If you do decide to cook your treats that have vitamin C as a preservative cook them as fast as possible and with the least amount of heat you can use, also limit the water content if possible.

Rosemary is another potent antioxidant used in a variety of dog foods to prevent oxidation and rancidity in foods. If you read the ingredients in many over-the-counter dog foods rosemary extract is listed as it is considered non-toxic to dogs according to the ASPCA.

There are several forms of rosemary used in foods including dried, essential oils, or in tincture form, and is touted as having several benefits for dogs including anti-cancer and anti-anxiety.

According to Pet Food Industry.com apple, cider vinegar is on the rise in many pet foods and treats not only for its known health benefits but also as a preservative. Many times it is used with other antioxidants or preservatives like vitamin C.

Which natural preservatives should I steer clear of?

While many times using something natural is extremely beneficial there are times when dogs may not react to specific ingredients in the same way humans do. You should never use these natural preservatives in your dog’s treats

There are also some synthetic antioxidants to steer clear of such as BHA, BHT, ethoxyquin, and TBHQ which have all been linked with cancer in dogs.

All in all, most research shows that in addition to having great preservation qualities the antioxidants and preservatives mentioned above, with the exception of glycerin, help to minimize the negative impacts caused by free radicals in dogs so basically win-win!